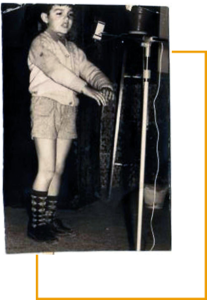 When I was young, I used to be chosen as narrator for school plays, to read aloud in class, at Church or at any other public event. In other words, my teachers insisted on setting the path I was to follow. The truth is, my life has always been tied to a microphone. I started working at the radio when I was 18 and developed my career between Melilla, Madrid and Granada, as well as between the SER and COPE stations. It was not until 12 years later that I decided to leave in order to create my own recording studio: Bernardi Producciones. Amongst my most precious memories I can count recording with Director Pablo Heras Casado, Tenor José Manuel Zapata, Enrique Morente and his album Omega or his daughter Estrella. After some time, I dropped music recordings and focused on audiovisual production, entering the world of dubbing led by 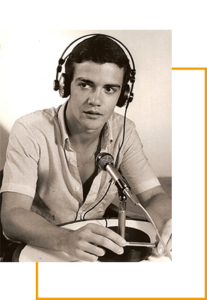 the late Francis Dumont. Among others, I worked in the dubbing of The Missing Lynx (Goya for Best Animated Feature) and Rex: A Cop's Best Friend for Antena 3. I collaborated in productions for Canal Sur, Al Jazeera, radio features for Onda Cero, local stations, etc., until, in 2012, I decided to focus exclusively in what had always been my true calling: voice-over. After installing a home studio, I conducted all my work via Internet. Aside from my job as a freelance voice talent, I currently run Voiceovers Factory along with my partners: Miguel Martín and Sacha Criado, and we specialize in international voice-over projects. On top of that, I’ve devoted myself to teaching for the past 20 years, always in relation with oral communication. Unfortunately (or not) my work in voice-over prevents me from spending more time teaching.